Since I worked so hard to get the office whiteboard clear, it was a bit of a surprise for me to come in an see the data manager at school had drawn up plans for how they wanted the structure of a network folder to be modified.

The ‘lesson planning‘ folder was somewhere that staff were meant to put their lesson plans in, so that should an inspection happen they would all be quickly accessible. It actually turns out that no-one really puts anything in there, as no-one from the senior leadership team checks up on it. Anyway, this isn’t a post where I’m going to go on a rant about people coming up with ideas and not following them through, more what things I needed to do to create the new folders.

The first thing that needed to be done was to move the current folders into a sub-folder. While this should be a simple cut-paste job (despite what I mentioned in the paragraph above) someone had the folder open.

After that, it was a case of creating a new ‘timetables‘ folder inside the main lesson planning folder, which is what was needed. 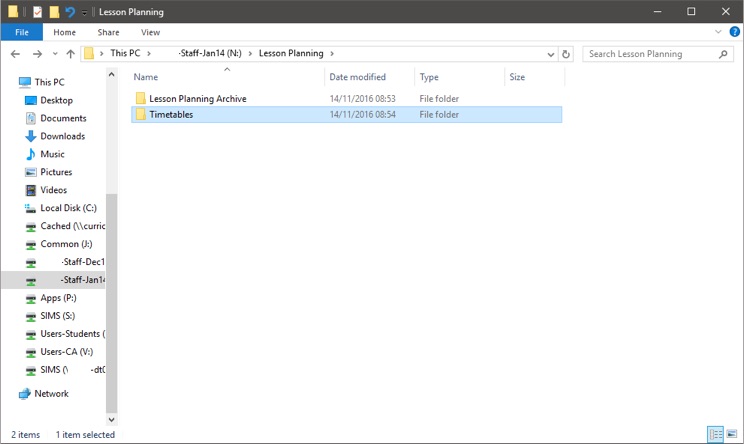 As we use SIMS.Net in school to look after all of our student records, I was able to use it to pull in the names of our teachers too. As we needed the folders for each staff to have a format of <Initial> <Surname> I decided to pull just those items from SIMS. Looking through the items that I could pull into a report to get a list, I decided to use the Initials and Preferred Surname items…

Cursing that ‘Initials‘ in SIMS actually means ‘Teacher Code‘, I then pulled up the forename column instead so that I could pull the initials from the generated Excel document. After filtering out the staff members that weren’t teachers, I was left with the following list. 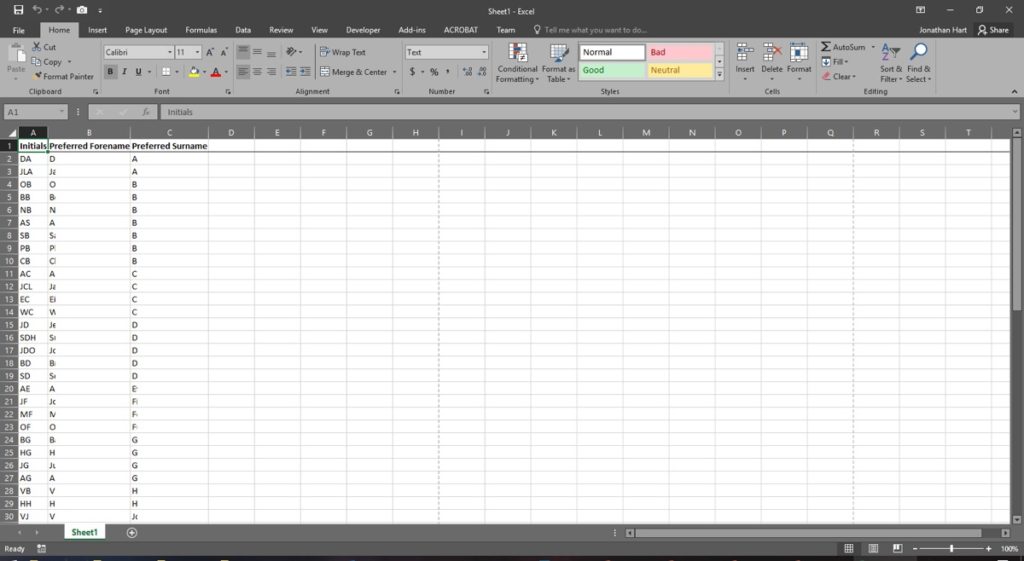 To prevent overwriting the original data from SIMS, I created a new sheet in Excel so that I could actually create the folder structure commands. I did this by putting all of the separate items into the first row, then combined them with the staff name and initials on each row. The command that I used was the following (with more details given in the image): 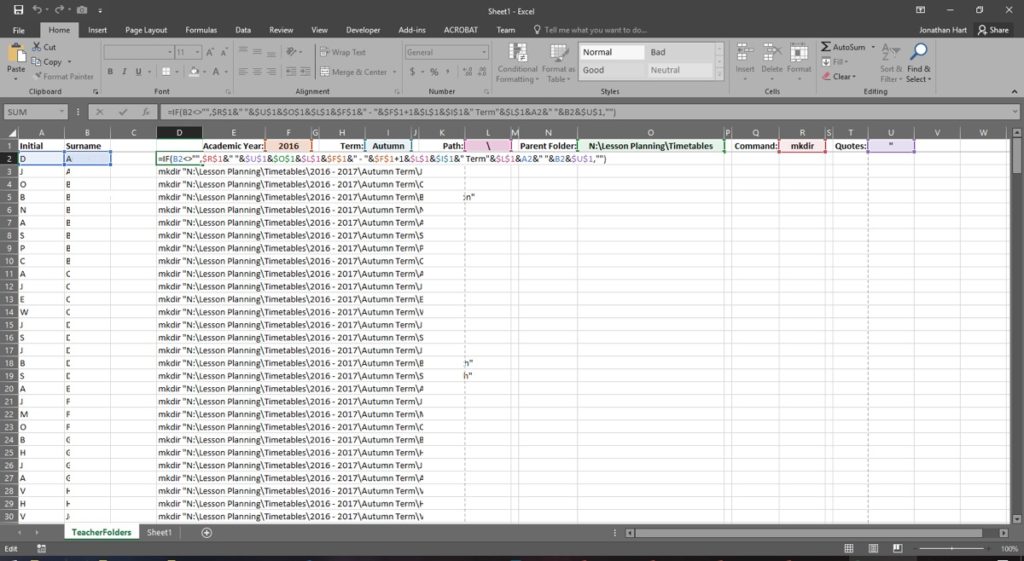 However, it was to be made that only staff members were able to write into their own folder, to prevent ‘mistakes’ happening. Therefore, the command that was needed to be run was modified again so that it would run the icacls command after creating the folder. I took the $R$1&” “& part out of the previous command and in another cell typed the following:

Once the hard work was done, it was a case of copying the generated values into a batch file and running it against the folder to create the files and the permissions on them (on an unrelated note, ignore the errors shown. I forgot to remove the test accounts).