I’m not that superstitious, but I’m starting to believe that Friday the 13th may just be what it’s believed to be. And considering that 2015 has three of them, I’m glad only one of them went wrong for me. Here’s my day…

The day started with me inadvertently dismissing my alarm in the morning. This was partly due to me suddenly coming down with a cold the night before, so I didn’t get much sleep. I had a nice unexpected lie-in, but luckily the rubbish lorry came outside my house and made a large amount of noise, enough to wake me up. Good, I was only 20 minutes late. I then needed to rush to get everything else ready for me to get to work.

By the time I was ready to have breakfast, I had gained 5 minutes. This was good, and I may have been able to get into work on my normal time if I kept doing things quickly. Unfortunately, I had just used up the last drop of milk from the carton when starting to pour it over my breakfast, so I had to open up a new one. Pouring it was fine, but it did that splurty thing and went all over the kitchen counter when I tipped it back upright (I was trying to find an example, but Google didn’t quite know what I meant by “milk carton splurting” (NSFW)). After cleaning up this mess, I was then behind by 5 minutes again.

By the time I was ready to leave the house, it had started to rain. This always makes me walk slower as holding an umbrella means I can’t move as fast. And there’s always the cars that are trying to splash you too (actually, this didn’t happen). I walked out of my house and started to make my way to work. As I was leaving I looked up and spotted that I’d left my bedroom window open. So, back to the door, take off my shoes, run to the room, lock the window, run to the door, put on my shoes and lock the front door. This took another few minutes, so I really was going to be late now.

On my journey to work, the rain started to come down heavier. Although I’m only a few minutes walk from my workplace (lucky me) I still got wet. Oh, and my shoes decided to leak. By the time I got into work, I took my shoes off any my socks were dripping wet. At least the office was warm, so I didn’t have cold feet. And then the rain stopped.

During the day it was thankfully quite quiet. In the afternoon though, our school was taking part in the CyberCenturion cyber security challenge. We have two teams entered, and the competition involves downloading a virtual machine filled with security holes and dodgy programs, and patching it up as best they could. It’s not easy, and when I had a go during the practice rounds, it took quite a while to find the vulnerabilities. This is only the second year it has run in the UK, and the first time that we have taken part. It consists of multiple competition rounds, then the finals.

Anyway, the competition started at 1pm, and should take 6 hours. As the caretaker wanted to lock up the school for 6pm, we sacrificed an hour and hoped that the students would be able to figure out as many problems in the shortened time. When the time started, one of the Windows virtual machines blue screened and so had to be re-extracted from the downloaded file. Then further along in the competition, one of the teams rebooted their Ubuntu machine and it wouldn’t come back up again, so that had to be re-extracted too (along with them having to remember all of the things they’d fixed).

The one team finished around half 5, not because they had completed everything, but because they needed to get home. This left one team remaining to finish as much as possible. They realised that Windows 7 SP1 needed to be installed, and this was at 5:50pm. If you’ve never installed SP1, it takes a long time to install. This meant that they overran time, and didn’t finish till 20 past 6. While this pushed them into first position (Update 2015-11-14: They have since been overtaken and are in second place for the first competition round) I was then late leaving. Normally this wouldn’t be a problem, expect this time I was meeting one of my friends to go on a birthday treat with him (in return for his one to me).

We had to be at the theatre by 7:15, as the show started at half past. I met him outside my work, rushed home, quickly ate some food, then got a lift to the place. It was 5 past 7, so we had made it. Upon reaching the main entrance to the theatre, there was a large crowd of people waiting outside. This is unusual, as normally we can just walk in to the place and get settled down in the auditorium. We waited with the rest of the crowd (there wasn’t anything else to do) and froze a bit in the chilly November breeze.

Twenty past 7 arrived and we were still outside. Something definitely had happened as no-one was even moving. An announcement came over the loudspeaker system to say that the show had been postponed till 7:45. All that rushing earlier wasn’t needed after all (although we didn’t know it at the time). It was close to half past before we started to move into the theatre. A bit cold but at least we were in. We took our seats and looked forward to the show to start.

Seven forty five came and went. Then another announcement was made – “Due to ‘technical problems’ the show will be starting at 8:00”. Oh well. We were in our seats and having a good time, so we didn’t really care. To be honest, it was just something else that went wrong today, and I’d just decided to go along with it instead. You’re probably wondering who we went to see. Well… 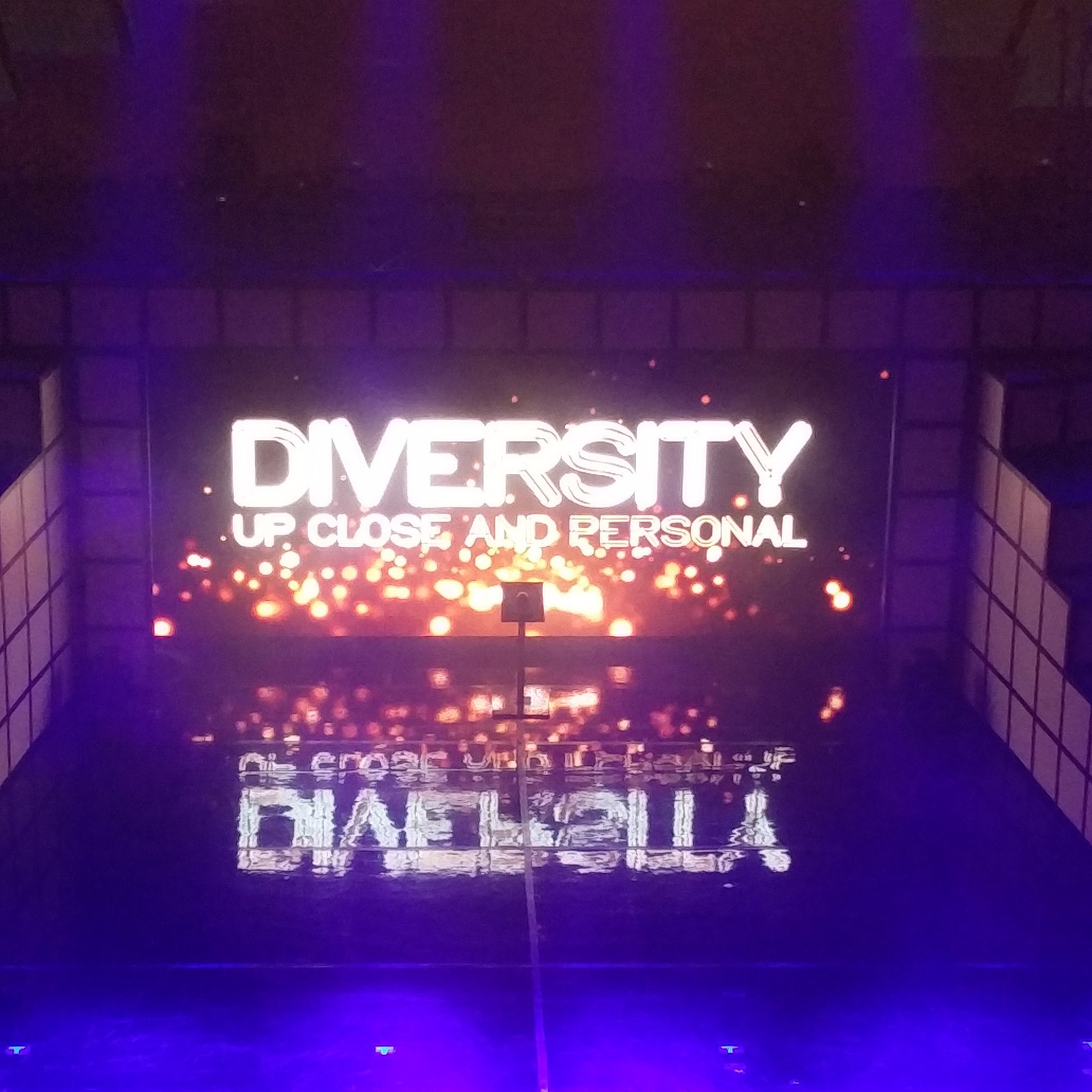 It was an amazing show, and we both really enjoyed it. If you like this sort of thing, you’ve probably already gone, so there’s really no point in me trying to convince you here. Just one heads up… you WILL be deafened by screaming! Here’s some shots of them at the end, too. 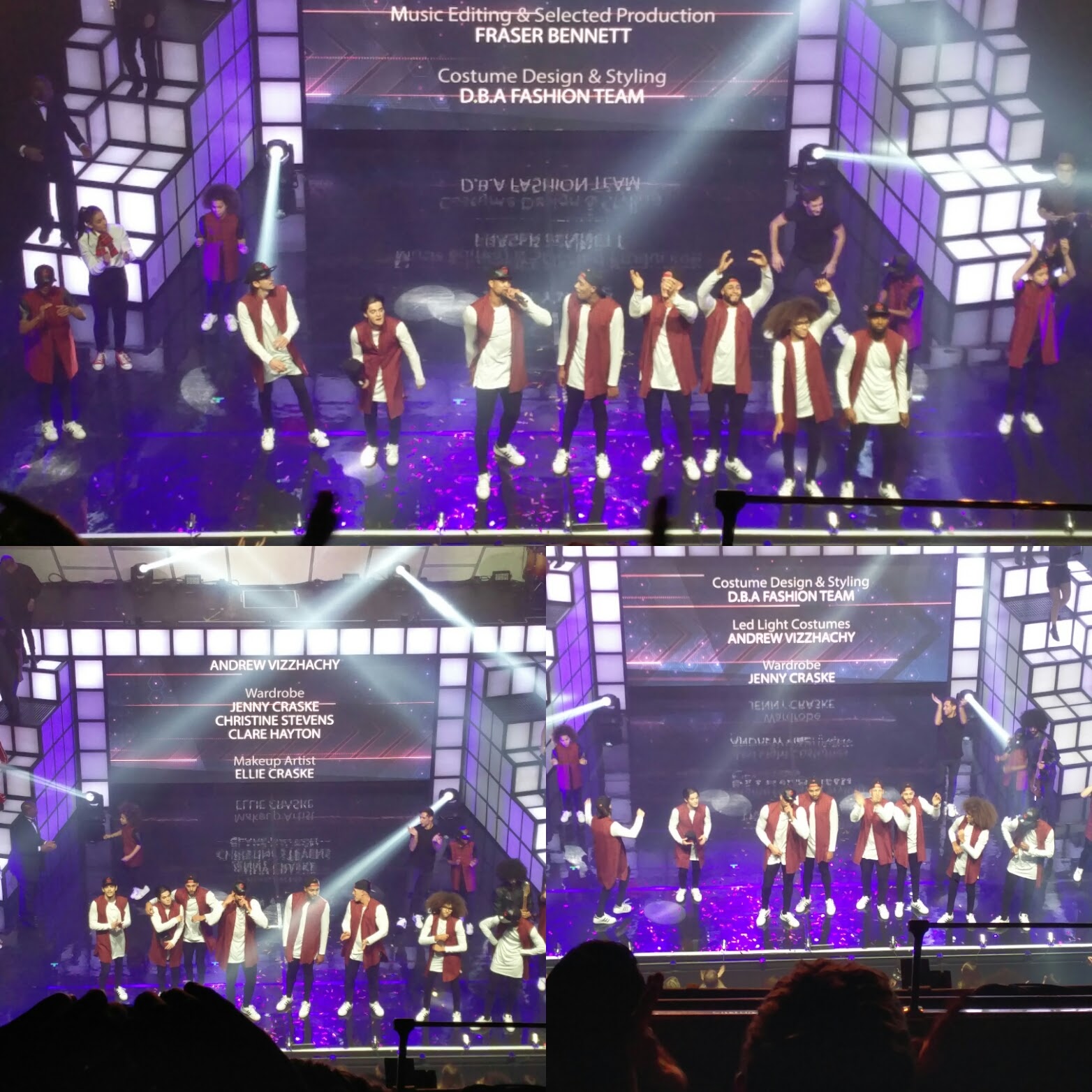 So, all in all, after having 9 things go wrong for me today, at least I had an enjoyable evening out.