Last year, our school participated in the CyberCenturion challenge. To quote from their website:

Are you age 12-18 and enjoy puzzles, code breaking and cyber? Then our CyberCenturion competition could be just the thing for you.

What this involves is running a virtual machine with either Windows or Ubuntu and “fixing” security problems with it. Some examples of these problems are:

While this may not sound unusual, it helps teach students new parts of how security software on computers works, along with settings that can be changed, that they would not normally learn about in their lessons (despite the curriculum putting more emphasis on how computers work).

The fun part of this is that in the official competition rounds, your teams are in timed conditions to solve these problems and are awarded points for each one they fix. Then they’re also competing against all of the other schools in the country that are taking part too to be the best out too all. Finally, assuming your team is doing well, you’ll be invited to go along to the final and join the other top teams to see who is the best in the country.

In the previous years competition, I was lucky to have two teams in our school take part, and for both of them to get into the final (this happened at The National Museum of Computing, which is an awesome pace to go to should you like that sort of thing, or even if you don’t)! Let’s see what happens this time, as we’re entering three…

Update:
Some of our students tried the introductory images today, which are Windows 7 and Server 2008, both with 10 issues on each. After having a play with them myself to give a heads up to the students, it took me about an hour and a half to spot the problems (although admittedly one problem I did fix but put the wrong number in!) 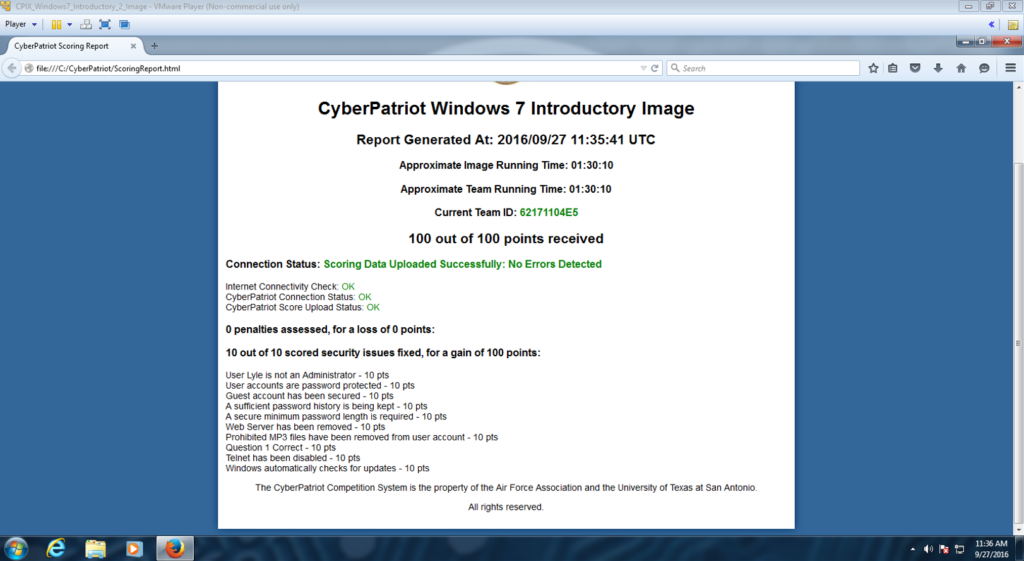 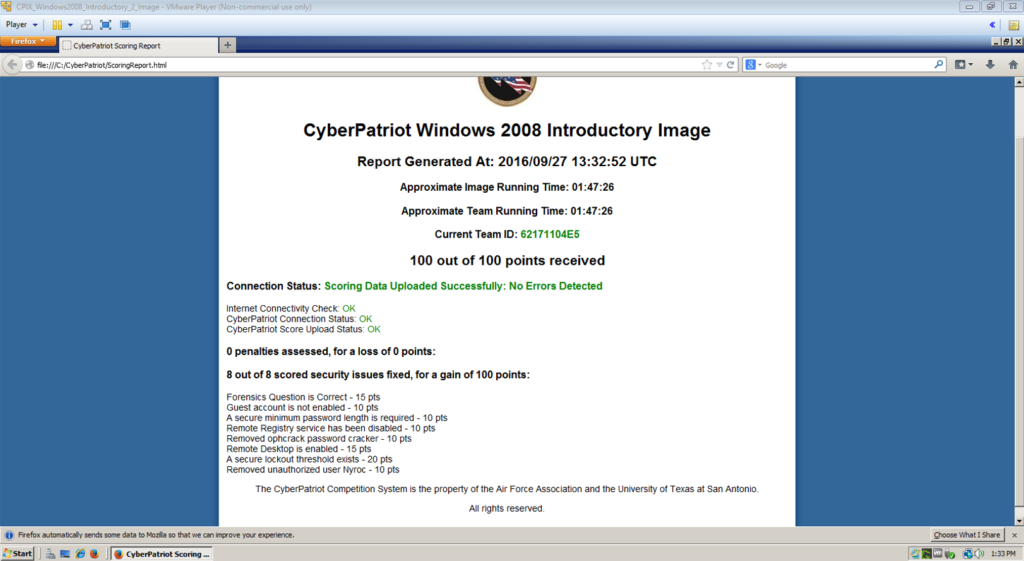 One of the students that took part last year also had a go, and managed to complete it in 20 minutes (my excuse is I was working too! Although I did complete the Server 2008 on in 15 minutes (see the time difference in them – 1 hour 30 to 1 hour 47)). The other students were new to it, so I decided to just let them have a read of the instructions and see what they could do (to gauge how much work would be needed). Let’s just say the scores ranged from 80 points (with some prompting from me) to -20 (did I mention you get penalties for decreasing security or doing something you shouldn’t?).