Like many other schools around the world, our one has finally joined the iPad group too. While I’m still yet to be convinced that these devices will revolutionise learning (I believe they complement current teaching methods better), giving staff shiny new things will always keep them happy. Our school has gone with 30 iPad Air 2’s to trial them with some of the little people, before rolling them out to the whole school (if that will ever happen – all staff were promised one each last September). Here’s a short story of their arrival…

It started with a call from the receptionist one afternoon… “There are some cardboard boxes in reception for you”. I’m pleased to say they were telling the truth.

Upon opening the six larger cardboard boxes, they were filled with 5 iPad Air 2’s each.

Located in the smaller cardboard box on top of the stack of other boxes was the 11 inch MacBook Air, which would be used to look after and configure the iPads. 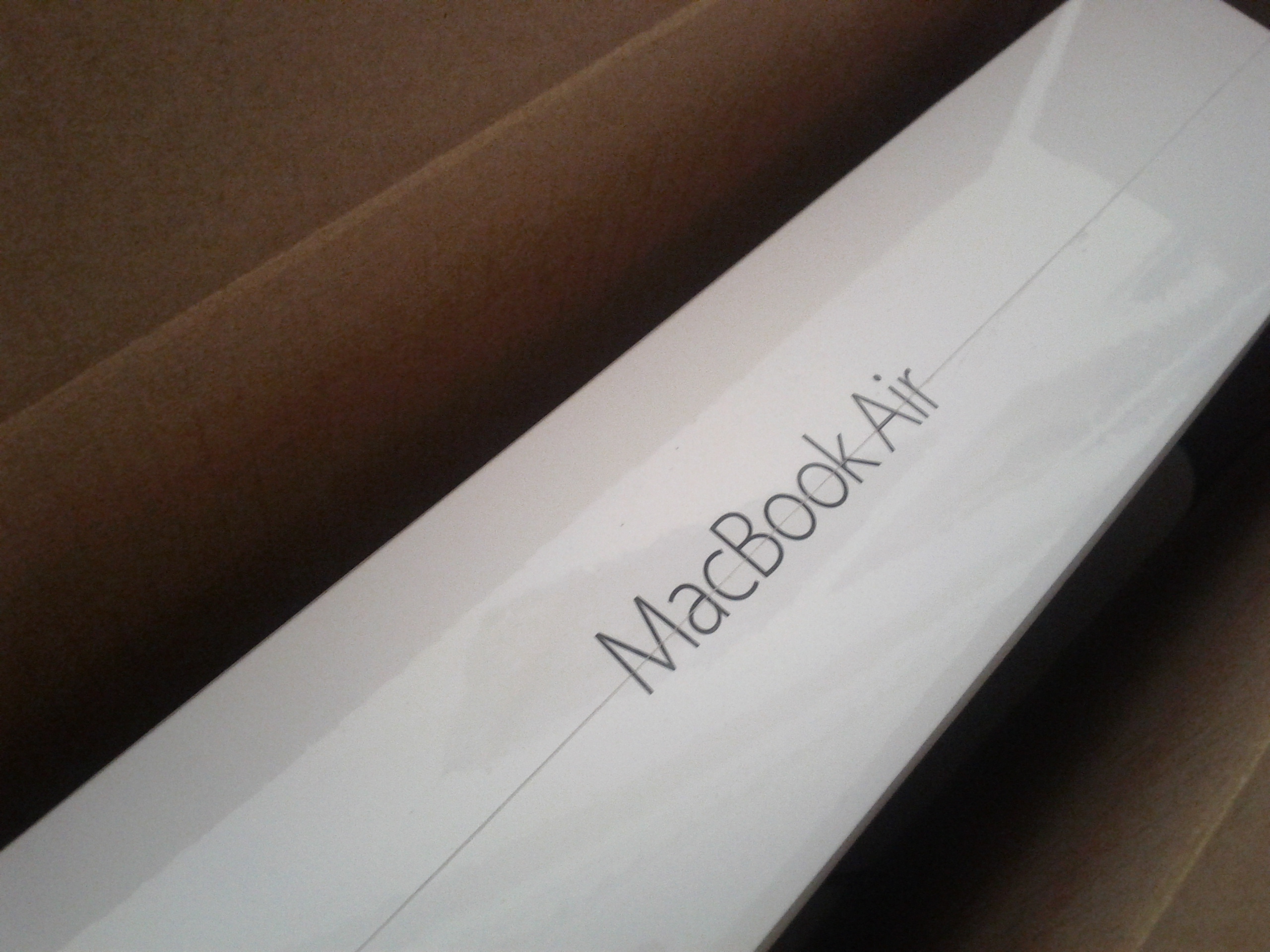 It went quiet for a few days once that delivery had arrived, so I chased up our supplier to make sure that they hadn’t forgotten the remaining items we needed to have. Eventually, the trolley for storing and syncing them arrived, in a cardboard box too.

After unboxing it from its protective cardboard packaging and installing the handles, we moved it into the location were it’d spend most of its life. By a happy coincidence it fitted perfectly into a space we hadn’t measured.

On the same day at the trolley arriving, the cases for the iPads also arrived… inside a larger cardboard box.

We went with the STM dux cases for the iPad Air 2, as this will hopefully prevent any accidental damage being done to the iPads. They also have a clear back so we can quickly see the asset sticker on them too. Oh, and the packaging for these cases was cardboard too (with magnets used to hold it closed). 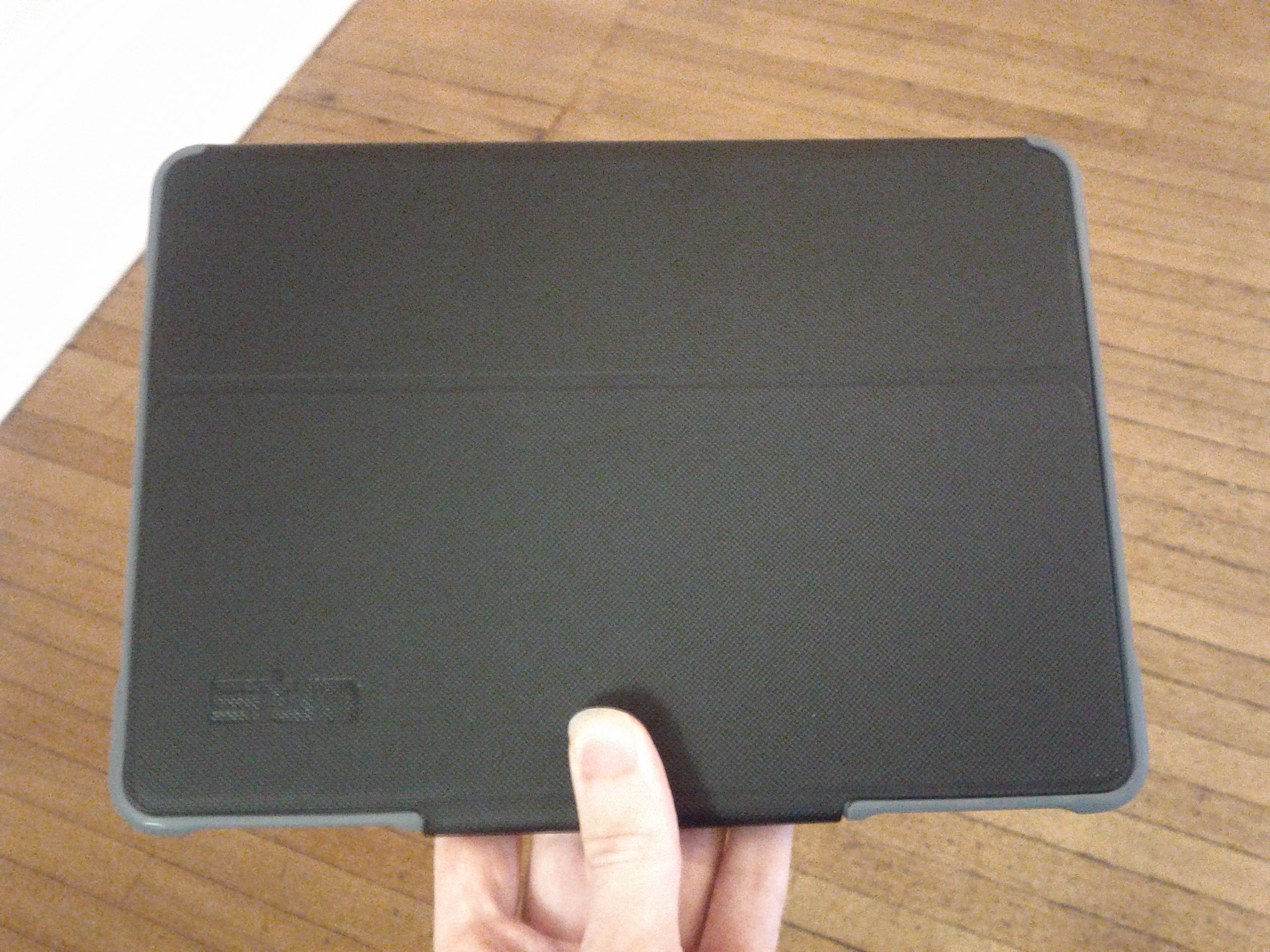 Now that we had all of the items we needed, it was time to do some unboxing! During this process, we took over a whole classroom, as we needed the space to put the various items. The first things we unboxed were the iPads.

And just because looking at iPads is nice, here’s another view:

We also unpacked the cases for the iPads and placed them on another table too. Well, it was the holidays, so no-one is going to need the classroom any time soon.

Eventually, the iPads were placed in their cases and then locked away in the trolley for use when the students and staff return. Here’s one iPad looking cute and snuggly in its case: 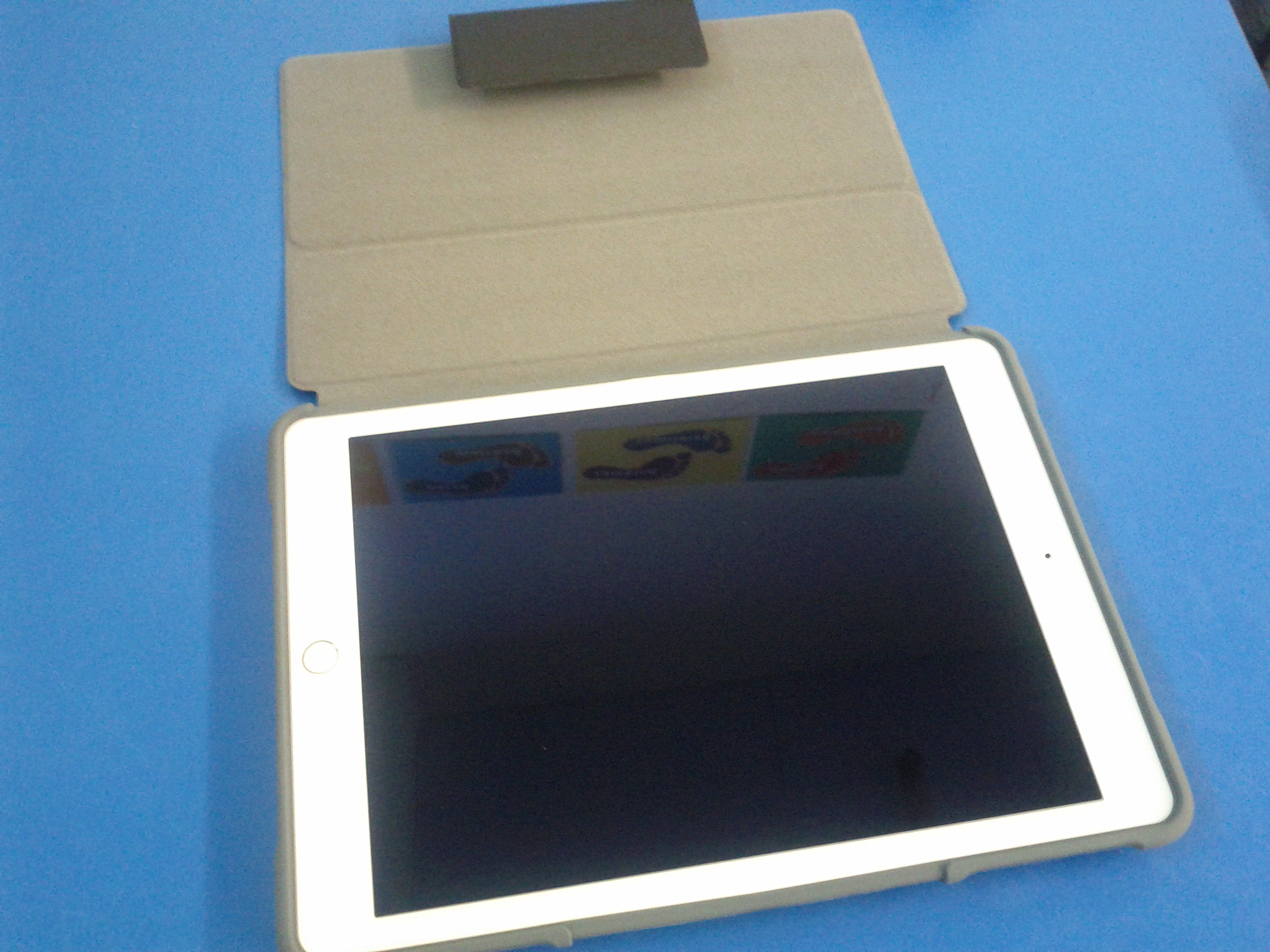 Oh, and if you’re wondering why I haven’t been mentioning cardboard packaging for a while, I’ve been storing it all up for you. I hope you enjoy it!