The practice rounds were sent out this week, which are the final set of images you get to play with before the actual competition rounds start. The main difference between these and the introductory round images is that there’s no answer key in them, which makes them seem closer to the actual ones that you receive.

Similar to the introductory images, this practice round contained images for Windows 7 and Ubuntu 14.04. The scenario that you are given too was written for both operating system in mind, so there was some similarity between images. The part that is funny – in my opinion – is that you work for “All-time favorites Arcade” who have a company policy to only allow Windows 7 on company computers. Unless you’re running the Ubuntu image where company policy is to only allow that.

Having a go with them myself, as you do, I managed to get all of the Windows security ‘problems’ in an hour and a half (Service Pack 1 took the longest to install), of which there were 11.

Getting the students to have a go on this one, most managed to score the total amount after an hour or so. They didn’t actually get to 100%, as it was the Service Pack left to install so getting them to sit around for a while doing nothing wasn’t really an option. Some others struggled, but with a bit of prompting managed to get around half of the items needing to be fixed.

The Ubuntu one was harder. A lot harder. Even having some of the best students looking at it we only managed to get 7 out of 10.

That’s the problem with Ubuntu. I can teach students Windows easily as there’s many tools that I’ve used over the years to dig into the internals of it. Ubuntu is a lot harder, as most of the time I just install it and forget it, and when there’s a problem I look it up on the Internet. So far (including last years competition but excluding the introductory rounds) none of our teams have been able to get 100% on Ubuntu (the same goes for the actual competition rounds for Windows, but we can get a lot higher). Oh well, I’m sure we’ll manage it somehow.

Still, I did have a bit of fun getting students to figure out what file they needed to download to install Service Pack 1 on Windows. Here’s the list of files that are available to download: 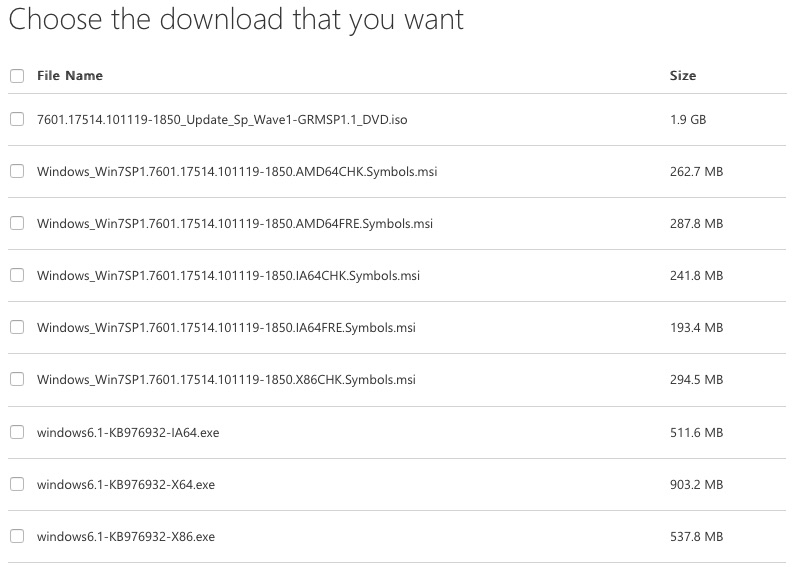 While you may know that it’s the ones that end in x86 for 32-bit systems and x64 for 64-bit systems, I took it as a learning exercise for one student in particular (I know them well, and they do computing at A-Level):

I could have told them to look down the page before clicking on the big download button, which list all of the files and their purposes. But then, where’s the fun in that? 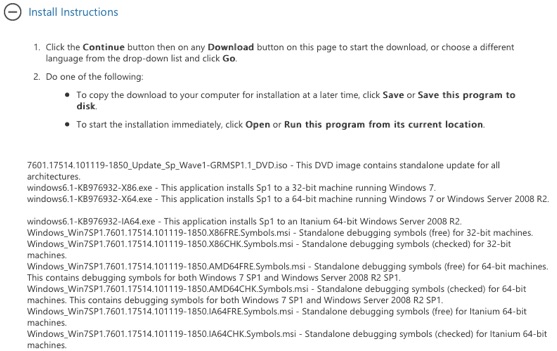