Well, this round was certainly harder than the last one. Everyone agreed with that. This time around there were three images: Windows Server 2008, Windows 8 and Ubuntu 14.04. While the students had been able to practice with these operating systems outside of the competition rounds and get used to them, it’s more difficult under controlled conditions as they’re timed and “issues” are certainly unusual. As two of our three of our teams (17, 18) consist of six students, they were able to split themselves between the virtual machines nicely. The other team (19) consists of only four students, but they took part in the competition last year so know what to expect, and are happier to move between computers to provide fresh ideas.

The biggest technical challenge this round was to get enough computers available. The largest room where I work has space for 20 computers, and we had one remaining. If you’re wondering how this maths adds up, it’s simple: ((3 computer images + 3 reference computers) x 3 teams) + 1 scoreboard = 19. It was just manageable so we ran with it. This did mean that the teams had to be quieter (to avoid saying out the answers) as they were more spread out, but with everyone occupied with a computer each it was quite calm. At least the fire alarm didn’t go off again this time.

At one o’clock the teams started their images and got to work. The scoreboard wasn’t up straight away, but this added to the suspense as to who may have taken the lead out of everyone who was taking part. After fifteen minutes the scoreboard finally came up and we were presented with the following: 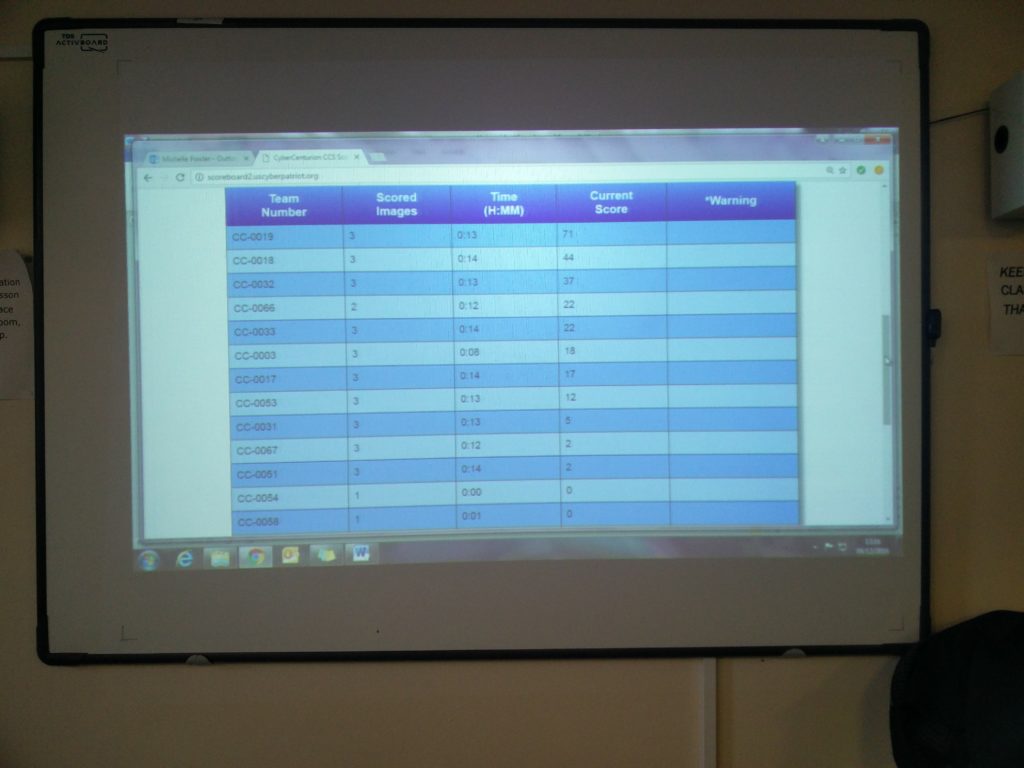 By half past one, one of the members of one of the teams (19) called me over. While I can’t offer advice, there’s nothing stopping me nosing around to see how they’re getting on. This was one such time, where they were pleased to announce that they’d solved twenty out of the twenty-four problems on the Windows Server 2008 image! The same team (19) weren’t as quick with the Ubuntu and Windows 8 images, but they were making slightly more progress than the other teams (17, 18) were with these.

I know these are the students that did it last year, and they’re getting better each time, I didn’t expect them to get this far near the beginning of the competition round. Thanks to that quick burst it pushed them quite far above the other teams in the scoreboard, and the first to get past 100 points. 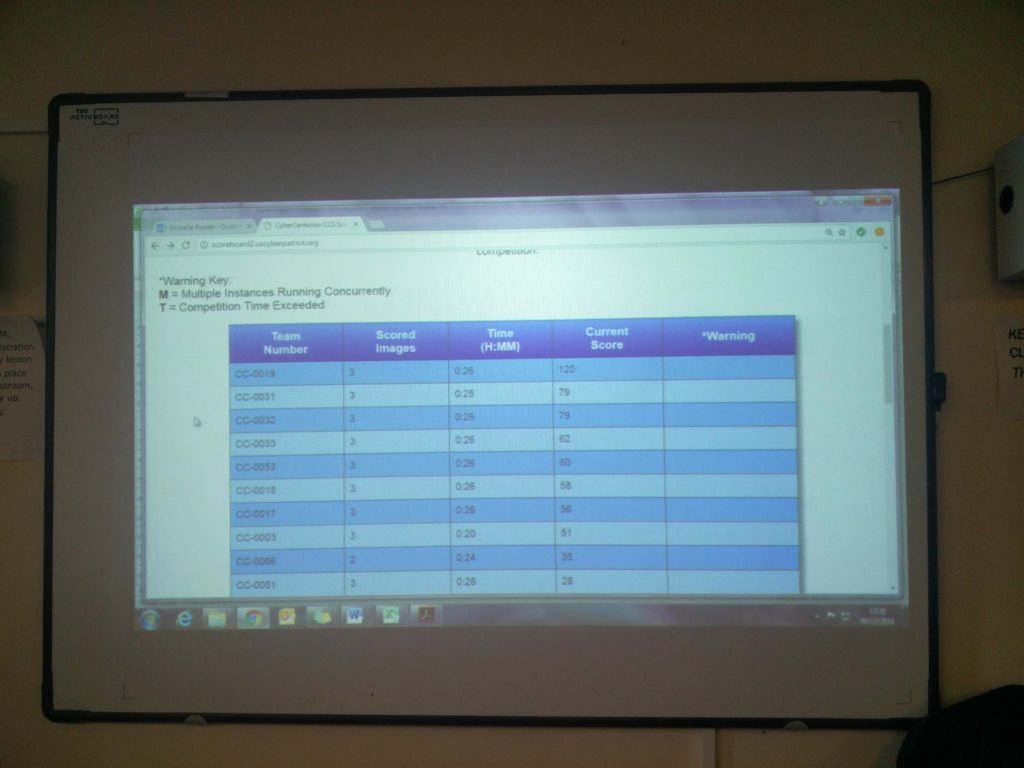 Around 50 minutes into the competition, another team (03) caught up to our team that was performing the best (19). It was from this point onwards that these two teams would be in a race to get the most points, with them constantly overtaking each other, which added to the excitement of the competition. 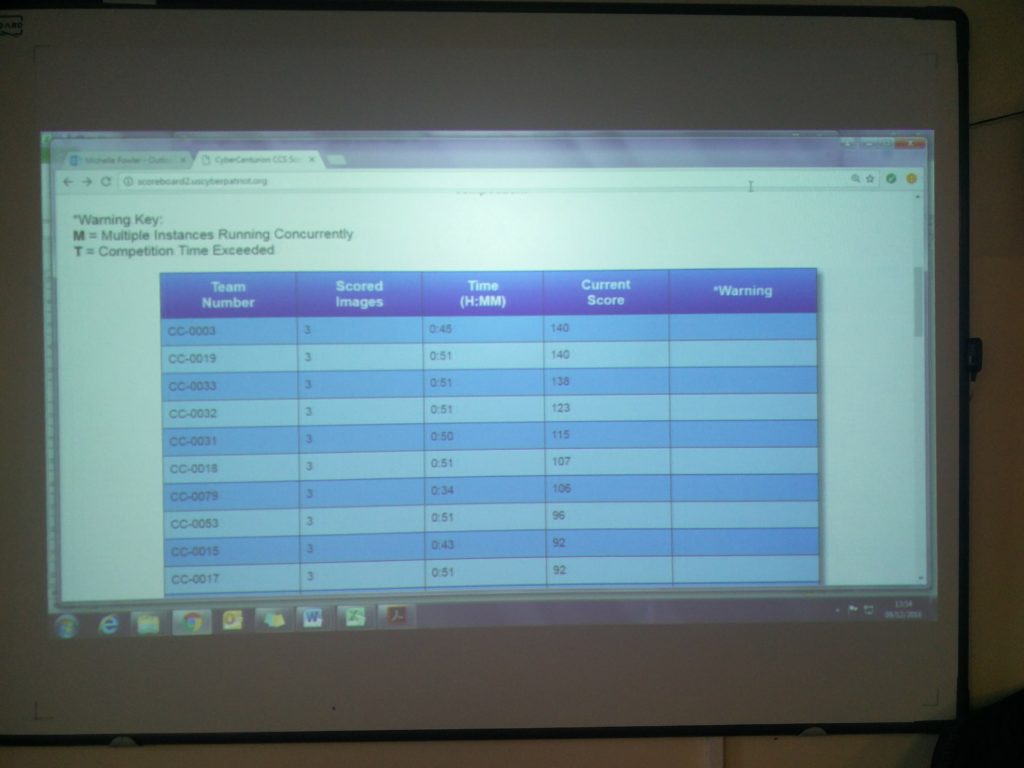 Between the hour and a half to two and a half hour marks, both of these teams (03, 19) climbed into the 200 points range while still leapfrogging over each other for 1st place. Another of our teams (17) were slowly still finding vulnerabilities in the images and then their place near the top of the table in 3rd, while the final of our teams (18) were lagging quite a lot. At one point they were around 30th in the table and needed to have a bit of prompting to get them to try and think what else they could ‘fix’.

Around the 6 o’clock mark all of the teams were struggling to think of anything else that they could do to try and get some more points. Unfortunately I needed to leave before the end of the competition (under similar circumstances as the previous year [I was going to see a performance my friend was in, since you asked]) so wasn’t able to see how well the teams would be able to do, but one of our teams (19) had got most of the vulnerabilities. Speaking to them on the Monday after the competition took place, they weren’t able to find any more things in the remaining hour.

By the time I left, team (19) were also at the top of the table, with another of our teams in 3rd place (17), and most of the other teams playing had also solved all of the vulnerabilities they could find. 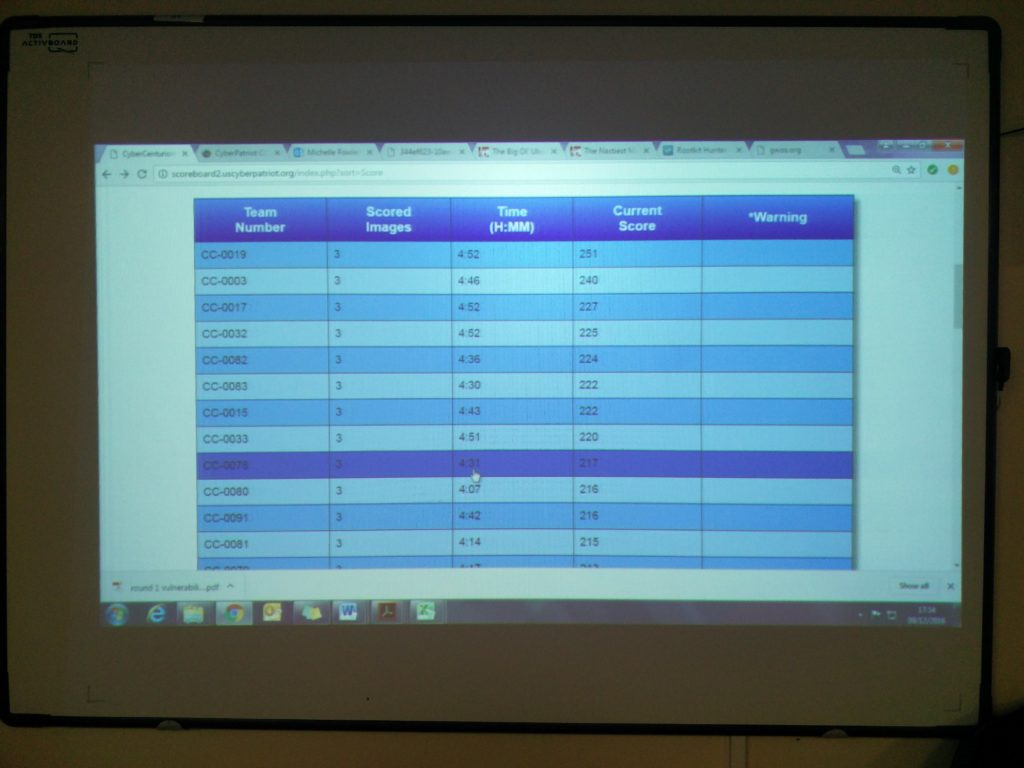 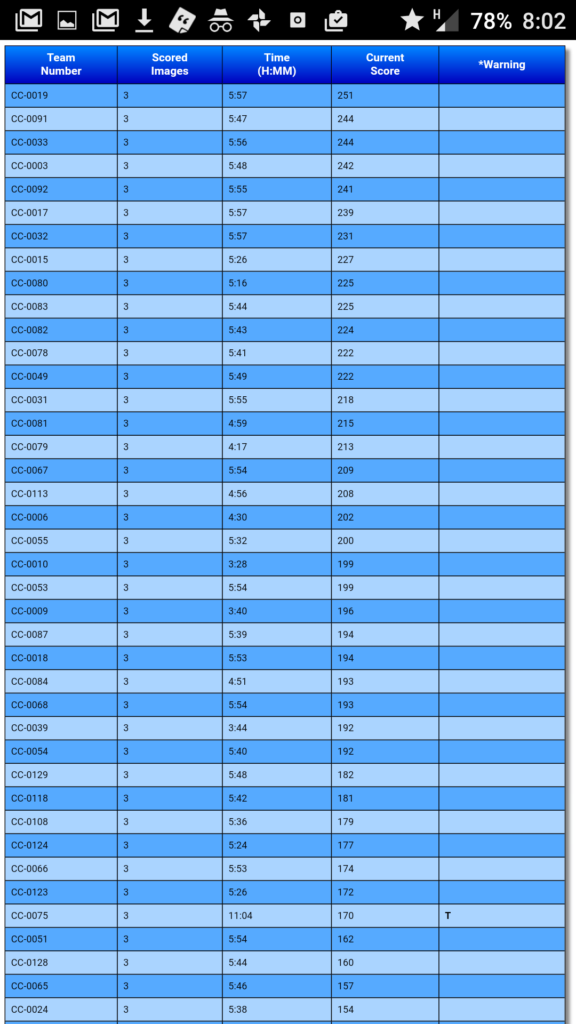 Once the Sunday round had taken place it’d kicked our one team (19) out of first place, beating them by 2 points with a score of 253. The other teams (17, 18) had also moved down the table slightly, with positions of 9th and joint 31st respectively. 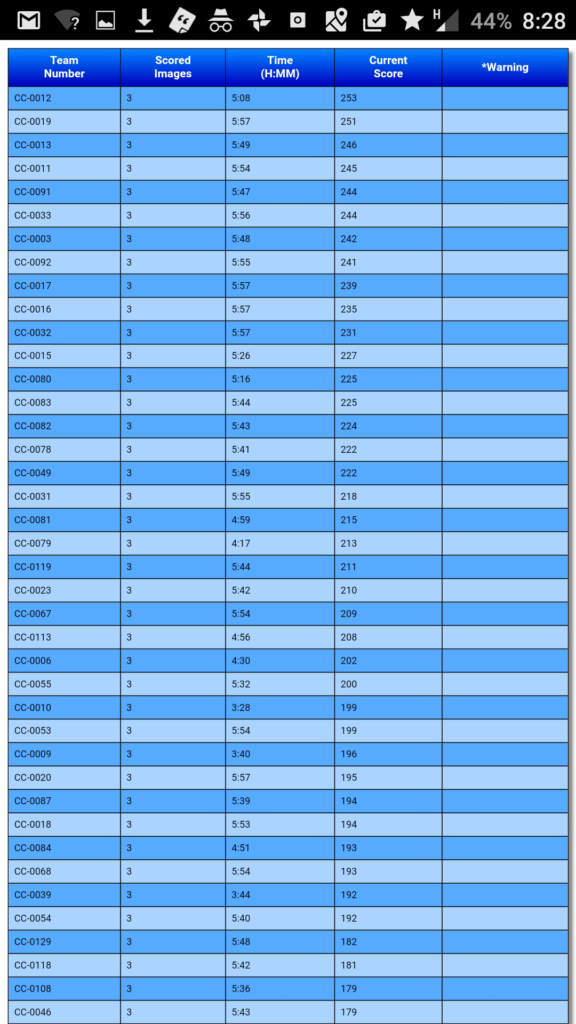 Speaking to our team (18) who were lowest they said that in the end they’d partially given up near the end of the competition as they’d run out of ideas, partially because they hadn’t come along to training sessions I had put on. On a more positive note, our team that was on top (19) is currently top in the country with a cumulative score of 451 points. Well done team! 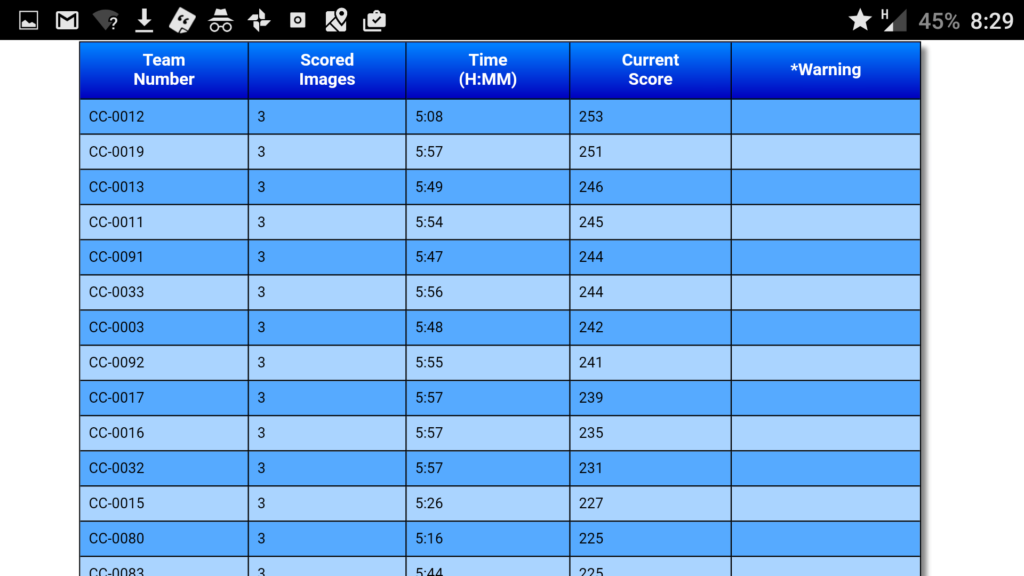 Disclaimer: To prevent any unfair advantages to teams taking part in the competition, this post has been published after the last competition day for round 2.